What We Treat Pricing Reviews About Blog Free consultation 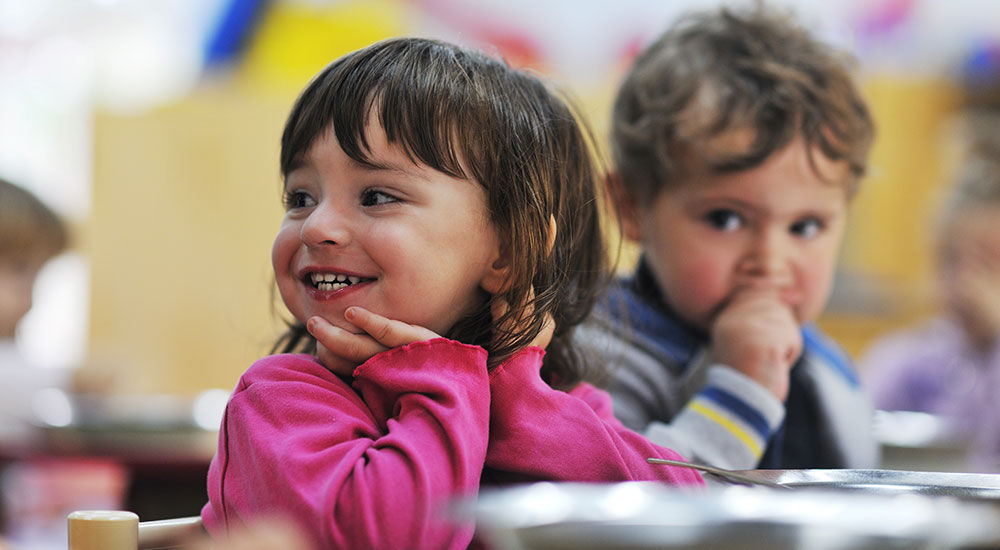 As young children learn to speak, they may struggle to pronounce certain sounds correctly. This is a part of typical development. After all, speech skills naturally develop over time, and errors are often a part of the learning process.

As they grow older, some sounds come easy, like the letters p, m, or w. Others are more difficult, such as z, sh, or th. By the age of five, most children should be able to pronounce almost all types of speech sounds.

However, when a child experiences difficulty saying sounds or words correctly past a certain age, this can be a sign of a speech sound disorder. As a parent, it can be stressful to watch your child struggle to coherently communicate their thoughts and ideas.

Adults too can struggle with speech sound disorders. Some adults have problems that were started as a child and never properly treated, causing them to persist overtime. Others may have developed as a result of a stroke or traumatic brain injury.

What is a Speech Sound Disorder?

Producing speech sounds correctly requires both the knowledge of a desired speech sound, as well as the ability to coordinate the jaw, tongue, and lips with breathing and vocalizing.

Broadly speaking, there are two types of speech sound disorders: functional and organic.

This is why assessment and diagnosis by a certified speech-language pathologist (SLP) is so important. Speech delays can be effectively treated, and research has shown that earlier interventions lead to better outcomes.

Functional - the cause is unknown:

Organic - there is a known cause:

What is the Difference between Articulation and Phonological Disorders?

An articulation disorder is a difficulty at a phonetic/motoric level. They have trouble making the individual speech sounds. A phonological disorder is difficult at the phonemic level (in their brain). They can say sounds correctly, but struggle to form them into words.

Distinguishing between articulation and phonological disorders is not always easy. However, a proper diagnosis is extremely important as it will largely determine a person’s treatment plan. Therefore, if you suspect your child has a speech sound disorder, it’s imperative that you receive an evaluation from a certified speech-language pathologist (SLP), more commonly referred to as a speech therapist.

How Common are Speech Sound Disorders?

The prevalence of speech sound disorders (both articulation and phonological disorders) in young children is approximately 8 to 9 percent. By the first grade, about 5 percent of children have noticeable speech problems.

According to a 2012 survey from the National Center for Health Statistics, speech problems was the most common type of communication disorder in children:

Additionally, poor speech sound production skills in kindergarten children have been associated with lower literacy outcomes. Studies have also shown that children with speech sound difficulties in their preschool years were more likely to have trouble reading as they got older.

What are the Signs and Symptoms of a Speech Sound Disorder?

It is completely normal for children to pronounce sounds incorrectly as they’re growing up. They may substitute one sound for another, for example, swapping the “w” sound for an “r” sound and saying “wound” instead of “round.” Or they may add and omit certain sounds altogether, pronouncing “nana” instead of “banana.”

While these mispronunciations can easily be overlooked as cute in young children, they can potentially lead to serious issues if they continue as children age.

While all children develop at different speeds, there are certain sounds they should be able to make by certain ages. According to the American Speech-Language-Hearing Association (ASHA), the chart below shows the ages when most English-speaking children should develop certain sounds

According to Stanford Children’s Health, there are some common signs and symptoms your child may have either an articulation or phonological disorder.

Articulation Disorders: There is a regular pattern of mistakes common among certain words. Symptoms may include:

Phonological Disorders: There is a regular pattern of mistakes common among certain words. Symptoms may include:

Note: Having an accent is not a speech sound disorder. While the mispronunciation of certain sounds and words can sound like a speech problem, it may simply be a result of an accent.

Why is the ‘R’ Sound so Tricky?

While on the surface the ‘R’ sound seems like any other letter, dig a layer deeper and you’ll sooner discover why it’s so complex and hard to pronounce.

For example, depending on the location of the ‘R’ sound relative to the vowel it succeeds, the R will change pronunciation. The six different vocalic combinations include: ar, air, ear, er, or, ire. Repeat these variations outloud to yourself and notice the different sounds each makes. To make this even more clear, repeat the words: bar, gear, and for. See what we mean? The ‘R’ takes on the characteristic of the vowel depending on context and combination.

If that wasn’t challenging enough, consider that sounds can be pronounced differently if they’re placed in the beginning, middle, or end of a word. When you consider the vocalic ‘R” combinations mentioned previously, along with the different possible word positions, as well as several other factors, there are actually over 30 seperate and distinct ‘R” sounds.

If a Kindergartener has difficulty procuring ‘R’ sounds, but can generally be understood by strangers, they may naturally develop their abilities over time or with a bit of at-home practice. However, by the time a child reaches the 2nd grade they should be well versed in the ‘R’ sound. If not, intervention by a speech therapist is highly recommended.

What Causes a Speech Sound Disorder?

Two other conditions called apraxia and dysarthria fall into the category of motor speech disorders, and they can also cause speech problems

What are the Risk Factors for Speech Sound Disorders?

Additionally, according to ASHA, research has shown that the following risk factors may also increase a child’s likelihood of developing a speech sound disorder:

How are Speech Sound Disorders Diagnosed?

As with any condition, you should contact your healthcare provider if you suspect signs of a speech sound disorder. Most likely they will start by checking your child’s hearing. Many children with hearing loss are unable to properly listen to the words and sounds they make.

If your child’s healthcare provider rules out hearing loss, you should speak with a certified speech therapist. They are the most qualified professionals to help evaluate, diagnose, and treat speech sound disorders. The earlier the intervention starts the quicker the issue can be addressed and corrected.

Your speech therapist will watch and listen to your child. They can help determine if your child’s speech issues are a normal part of their development (and they may eventually grow out of them), or if they’re consistent with a speech sound disorder. To do this, they will most likely evaluate a variety of factors, including your child’s speech and language skills, medical history, how they move their lips, jaw, and tongue, and more.

How are Speech Sound Disorders Treated?

With appropriate speech therapy, many children with articulation or phonological disorders see significant improvement in their speech abilities.

Additionally, some children will have difficulty with a certain group of sounds that share similar characteristics. For example, your speech therapist may focus on improving speech sounds that are produced in the back of the mouth (like ‘k’ or ‘g’), or sounds that require air flow to be produced (like ‘f’ or ‘s’). This practice is called a phonological therapy approach

How Can Expressable Help Evaluate and Treat Speech Sound Disorders?

Your child’s age and development will influence how your speech therapist interacts with them through these video chat capabilities.

Ages 0-3: Parents work directly with their speech therapist to learn cues and at-home strategies so they can confidently practice with their child outside the session and improve their communication. For more information on the importance of parental involvement in their child’s speech therapy, click here.

Ages 3-6: Parents attend video sessions alongside their child so they both learn valuable skills from their speech therapist. Reinforcing these lessons outside the session will continue to promote at-home skill building.

Ages 7 and Up: Most children attend video sessions independently but parents are kept in the loop with updates and tips during each session.

Adults: Adults attend sessions by themselves, but are welcome to bring loved ones or family members as well.

How Can I Help Support My Child at Home?

We’ve written extensively about the importance of parental involvement in their child’s speech and language therapy. Overcoming speech sound disorder takes time and persistence, and parents are essential to putting new skills taught by their speech therapist into practice. As a parent, here a few tips to be actively involved in helping your child meet their communication goals:

Talk with a certified therapist today.

Get your free consultation 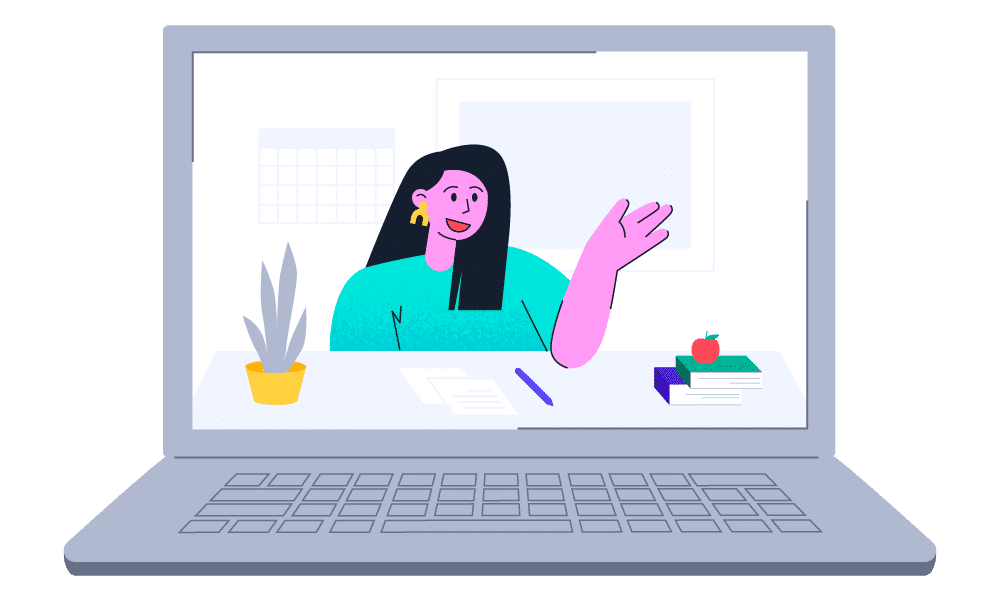 Expressable is an online speech therapy practice committed to expanding access to quality services for everyone with a communication disorder. Expressable has pioneered a parent-focused care model that uses technology and education to integrate speech therapy techniques into children’s daily lives, improving outcomes and experiences.